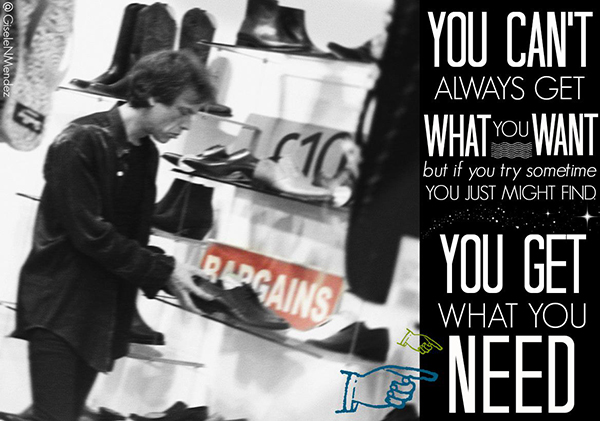 When building links, one is always two emails away from rejection. Aside from practical tips for dealing with this situation itself, there are attitude adjustments that should be made. I believe that leaning towards optimism is a great start because optimists are prone to see failure as a setback they will be able to bounce back from.

In his book, Learned Optimism: How to Change Your Mind and Your Life, Martin Seligman writes “The very thought, ‘Nothing I do matters,’ prevents us from acting”. What’s important here is not to see yourself as a helpless observer in the link building process, but as an active participant with the power to change the course of things.

Paddy Moogan suggests that after rejection, you should reach out again and ask the blogger why he/she isn’t interested in your pitch in order to improve your campaign. It’s a solid and constructive approach, but I think there’s more to it than that…

Dismissing a prospect because they rejected your pitch is bad practice

One of the biggest setbacks I see is that link builders normally approach sites with one specific type of link in mind, and if they can’t get it then they move on to the next potential site. When you are open to new ideas, your pitch is much more flexible; hence you’ve got a better chance to turn that ‘no’ into a door to a ‘yes’.

Something that I like to do is to always have more than one link building idea for each site I contact. Whether it is broken link building, guest posting or a different kind of collaboration such as an interview, I’m always armed with 2-3 possibilities. What happens is that when the blogger rejects my initial pitch, I’m in a position in which I can offer them something new they might like.

The key is to spend enough time on their site to learn about their style, their audience and what’s working for them already. Once you’ve come up with diverse ideas, it’s time to choose the top 3 and reach out to them by pitching the least appealing one (which shouldn’t be a poorly thought idea, by the way.) If the first one you’ve pitched works, then great; if it doesn’t, you’ve got backup.

The byproduct of this approach is that you’ll be exercising your creativity A LOT more than when you’re just focusing on one specific type of link. As a result, there will always be a flow of link building ideas that could be applied to different prospects.

Don’t focus on the ‘no’, be glad you got an answer

To me a failure is not receiving a response at all because that’s the loudest and more conclusive ‘no’ you can get. But when a website owner takes the time to reply to your pitch, he/she is open to engaging in conversation with you. What you do after receiving their reply is what will change the outcome of the exchange, so the ball is in your court.

After I’ve exchanged a number of emails with a blogger or webmaster who has rejected all of my ideas, I will usually ask them what would they be interested in. That one would be the next logical step because I’ve already showed them how determined I am in working together, so asking for their opinion is the easiest way of reaching common ground. Of course I wouldn’t do that right after they’ve rejected my first pitch because most answers would be “just pay me, woman”, and this woman doesn’t like to pay for links.

It’s not just about accepting rejection, it’s about what you do with it

Ammon Johns left an inspiring comment on my post “We are missing the point” and I think that part of what he’s said applies to what we’re discussing here today:

“You have to push the envelope. You have to not only think outside the box, but also climb out of it and move the box to a better location. You need to be creative and original.”

This culture of treating website owners as one-night stands is limiting the growth of link building. Imagine being contacted every day by ‘super nice’ people who want to work with you, but will disappear as soon you tell them that you didn’t like their idea that much. “What a bunch of a-holes”, you may say and you’d be right. That’s not how you’d treat people in the offline world, so why do it online?

As I mentioned before, optimists view adversity as temporary and specific, as opposed to pessimists who are more likely to give up when facing setbacks because they see adversity as unchangeable. One could say that optimism is an important component of achievement: Those who have an optimistic outlook will be more proactive, persistent and won’t abandon hope that easily. For some people, being optimistic comes naturally but if that’s not your case, consider that optimism is an attitude that can be learned and practiced.

I have a tendency to be optimistic and that makes me the way I am in the face of rejection. But there’s another reason why I always try to be proactive in both link building and life: showing how much I care. When you show link prospects that you don’t mind being flexible for the sake of their site and their audience, that’s when the conversation begins.

5 replies on “Positive thinking in outreach: How a rejection can be the start of a conversation”

I totally agree that getting any sort of response is positive. When a publisher gets back to you then they are basically saying they trust that you are a real person which is the first challenge any outreacher has to overcome.

Once they reply – then the game starts and this is when the it’s key to hire awesome outreachers as they got “game” and will often get something rather than just ignoring to move on to the easier targets.

To give you an idea on perseverance – it took us at NeoMam 3 months of regular email contact before Mashable.com chose to run one of our infographics. As long as your are not pushy, confident in your content and upfront then there is nothing wrong with regular outreach to the same person. Even if they never run your content you will differentiate yourself from the “one night stand” process of outreach.

“As long as your are not pushy, confident in your content and upfront then there is nothing wrong with regular outreach to the same person.” >> Plus, that’s how you can slowly build a long-lasting relationship with blog/sites/publishers! Thank you, Danny » http://i.imgur.com/Bz4xV.jpg

Content Creation Service
SEO Audit Content Auditing
Example Headlines for Linkbait Campaign
Stick your Linkbuilding Strategy on Crack Traffic as a Metric is less important than Comments
Some links contain affiliate links, where I get paid a little bit of money if you buy. I only recommend products and services I have used and love. It's a little bit of money and keeps me interested in creating more content here. Cool Distance Calculator